Remove Google Products From Your PC To Speed It Up And Stop It listening To You All The Time.....

If you read a recent article on speeding up your PC you might be interested in the fact that the other day I removed Google Chrome and now my PC is fast as road runner..

After removing Google Chrome I noticed an increase in page loading and application speed and I have switched to using 3 browsers instead Firefox, Opera and TOR Browser.

Not only has removing Google Chrome from my laptop has sped it up immensely but if anyone has been paying attention, Google is an evil company (they had to remove that it didn't do evil from their motto), that is hooked into nearly every smart phone measuring when you sleep, walk, drive, the current temperature as well as listening to everything you say just in case it wants to be helpful.


I cannot count the number of times that I have been watching a football match streamed from my phone to my TV and then Google pops up to ask "What would you like to know about Man UTD" or some other nonsensical question I didn't want it to help me with in the first place.

This obviously means it is listening to you ALL THE TIME, otherwise it would not know when to offer help.

If you read the Terms and Conditions on your smart phone then you will see under privacy, a mile down the long winded notes, a section about how they are allowed to listen to you and send off the content to "unspecified 3rd parties", content that "may" improve their service as well as helping these unspecified 3rd parties.

These unspecified parties maybe Google AdSense to show more relevant adverts by listening to the surrounding sound around the phone and then translating that to adverts you will see online.

Or it maybe listening for more illicit speech that it can send local police enforcement or even the numerous 3 letter agencies in the UK and USA.

Will Binney from the NSA who was arrested for going public about the Prism program he had written and Edward Snowden had stolen to expose, told us about how he had designed it for spying on the Soviets in communist USSR. However once the cold war was over they flipped the script and used it to spy on US citizens illegally instead.

If you read up on the web tech companies that were first involved in the unknowing spying on users, then they were Microsoft, Yahoo, AOL, Facebook, Google, Apple, PalTalk, YouTube, and Skype.

The UK was used as a test bed due to our lack of a real bill of rights or constitution and therefore we here in UK are rats roaming a maze designed by the NSA all so they can catch the right words and tell the correct authorities if need be.

The main problem is that you cannot remove all Google products from Android phones and trying to do so will probably break your phone. Google is ingrained into most smart phones and almost impossible to remove totally. If you want an app you go to Google Play Store and trying to remove that from your phone would be a huge hassle.

Therefore I have done the logical thing due to the slowness of my PC and removed Google Chrome from it.

Not only has it sped up my laptop but it means Google searches are no longer logged and kept for years as I now use DuckDuckGo or TOR Browser to surf the net.

Even the browser Opera has a mini "VPN" built into it which goes through a proxy computer before the site you wanted to visit, hiding your real IP address, and making you look like you are in Germany or Bulgaria.

Just try Opera and then go to this site https://manytools.org/http-html-text/http-request-headers/ and see what headers and IP address you are showing to websites and servers who are looking to log your devices details. 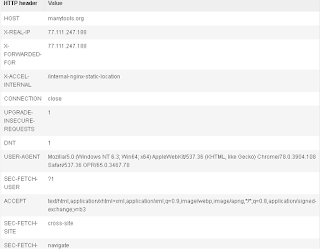 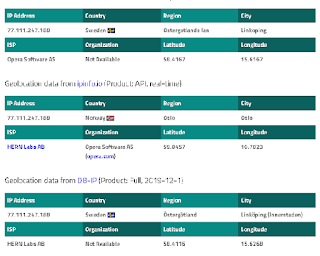 If you want more details on why Google is evil and Youtube is broken then read and watch the video on my recent article.

However if you don't care about Google working with the NSA and GCHQ and listening to you all the time through your phone and just want a faster PC, try removing Google Chrome from your machine and using another browser instead.

Opera's "VPN" may not be a real VPN but rather just a proxy server it passes your data request through before displaying the page you want, but it is better than nothing.

Having a real VPN installed on your PC is a much better idea if you can afford it and you can set your VPN to have the IP address of the country you want. This is helpful if you are in a country that shows a limited selection of Netflix or Amazon Prime videos. With a VPN you can pretend to be in the country you want to be and access more content. If you are interested in this then read this article.

However whatever you want to do with your VPN you should still remove as many Google and Microsoft products from your PC, Phone and tablet as that is a good start to stop being listened and recorded constantly.

YouTube is Broken And Google is an Evil Company

This is basically a test for the new platform BitChute that most #altnews sources are moving their videos to due to YouTube algorithms placing videos like the following below what they call "authoritative sources".

Yes videos by MSNBC, CNN, BBC and other establishment views that parrot the Government line.

Altnews channels like Truthstreammedia made YouTube popular by exposing the lies our Government tells us, the harm microwaves do to our brains that are ignored, and how a cashless society is not all that you think it will be.

So please support BitChute as many channels are removed, deranked and defunded by the CIA supported YouTube (owned by Google who took CIA seed money for development).

This is the first attempt at embedding a BitChute video. If you cannot play or see it go to BitChute to watch it by clicking this link.


Please comment in the comment section on your views about YouTube manipulating your search results so that you don't actually get to see what you should e.g the most popular video not the video the MIC/Silicon Valley nexus wants you to.

Maybe they could be the start of a counter revolution against the crackdown on free speech before our Internet access is removed altogether.