Everything You Can Imagine We Already Know How To Do....

As  recently admitted by the DOD and the Pentagon that UFO's or UAP's are a reality and are regularly spotted by Naval and Air Force crossing our skies and waters, it is fitting to hear these words from one of the developers of top secret planes and probably other craft for the US Government. 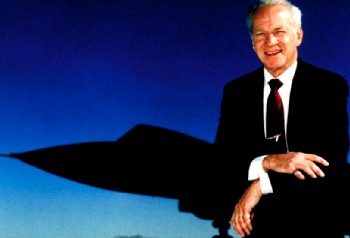 Ben Rich the head of Lockheed Skunkworks who developed the Stealth Fighter plus many other known and unknown top planes for the US Military was quoted shortly before his death that:

“We already have the means to travel among the stars but these technologies are locked up in Black Projects…and it would take an act of God to ever get them out to benefit humanity. Anything you can imagine, we already know how to do.”

“We now have the technology to take ET home. No, it won’t take someone’s lifetime to do it. There is an error in the equations. We know what it is. We now have the capability to travel to the stars.” – Ben Rich shortly before his passing.

He was also asked how UFO propulsion functioned and his reply was remarkable. “Let me ask you. How does ESP work?”

The man asking the question of Mr. Rich said – “All points in time and space are connected?” Ben Rich then replied, “That’s how it works!”

There has been more than one confirmation of Ben Rich’s words on the subject of UFOs or UAP's as the Pentagon and DOD are now calling them after the release of a 700 page report on them to Congress and a 3 page heavily redacted report to the public.

William Hamilton wrote, “Rich Andrews was a close personal friend of Lockheed’s “Skunk Works” CEO Ben Rich, the hand-picked successor of Skunk Works founder Kelly Johnson and the man famous for the F-117 Nighthawk “Stealth” fighter, its half-pint prototype the HAVE BLUE, and the top secret F-19 Stealth Interceptor. Before Rich died of cancer, Andrews took my questions to him. Rich confirmed:

There are two types of UFOs — the ones we build, and ones THEY build. We learned from both crash retrievals and actual “Hand-me-downs.” The Government knew, and until 1969 took an active hand in the administration of that information. After a 1969 Nixon “Purge”, administration was handled by an international board of directors in the private sector.

Richard Dolan, author of the UFO's and the National Security State, and an investigator of UAP's/UFO's for decades released a video regarding the classified part of the report that we were not allowed to see.

However even with these comments from probably one of the builders of UAP's for the US Government and the release of a 700 page report on them to Congress how many people actually have heard this news?
Our mainstream news is failing and it is no wonder people turn to alternative news, which is slowly getting cleansed off the web and public spheres of talk on the Internet e.g Twitter, Facebook, YouTube, with even the head spokes person for the Biden administration today saying that if someone is banned from one online site they should be banned from all of them.

Jen Psaki just suggested that people spreading misinformation be banned from other/all platforms if they're banned from one. pic.twitter.com/SlNXJTXi0I