How the US handles legal issues, it lies, and tortures it's targets, and uses fraudulent witnesses to boost their case.

Get the full article here on stundin.is 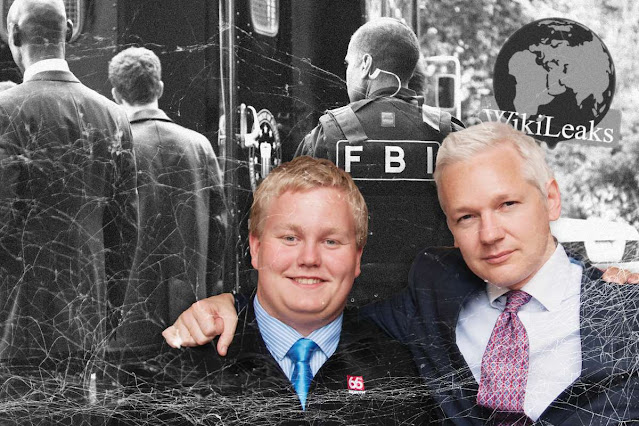 A major witness in the United States’ Department of Justice case against Julian Assange has admitted to fabricating key accusations in the indictment against the Wikileaks founder. The witness, who has a documented history with sociopathy and has received several convictions for sexual abuse of minors and wide-ranging financial fraud, made the admission in a newly published interview in Stundin where he also confessed to having continued his crime spree whilst working with the Department of Justiceand FBI and receiving a promise of immunity from prosecution.

The man in question, Sigurdur Ingi Thordarson, was recruited by US authorities to build a case against Assange after misleading them to believe he was previously a close associate of his. In fact he had volunteered on a limited basis to raise money for Wikileaks in 2010 but was found to have used that opportunity to embezzle more than $50,000 from the organization. Julian Assange was visiting Thordarson’s home country of Iceland around this time due to his work with Icelandic media and members of parliament in preparing the Icelandic Modern Media Initiative, a press freedom project that produced a parliamentary resolution supporting whistleblowers and investigative journalism.

The United States is currently seeking Assange’s extradition from the United Kingdom in order to try him for espionage relating to the release of leaked classified documents. If convicted, he could face up to 175 years in prison. The indictment has sparked fears for press freedoms in the United States and beyond and prompted strong statements in support of Assange from Amnesty International, Reporters without borders, the editorial staff of the Washington Post and many others.

US officials presented an updated version of an indictment against him to a Magistrate court in London last summer. The veracity of the information contained therein is now directly contradicted by the main witness, whose testimony it is based on.

No instruction from Assange

The court documents refer to Mr Thordarson simply as “Teenager” (a reference to his youthful appearance rather than true age, he is 28 years old) and Iceland as “NATO Country 1” but make no real effort to hide the identity of either. They purport to show that Assange instructed Thordarson to commit computer intrusions or hacking in Iceland.

The aim of this addition to the indictment was apparently to shore up and support the conspiracy charge against Assange in relation to his interactions with Chelsea Manning. Those occurred around the same time he resided in Iceland and the authors of the indictment felt they could strengthen their case by alleging he was involved in illegal activity there as well. This activity was said to include attempts to hack into the computers of members of parliament and record their conversations.

In fact, Thordarson now admits to Stundin that Assange never asked him to hack or access phone recordings of MPs. His new claim is that he had in fact received some files from a third party who claimed to have recorded MPs and had offered to share them with Assange without having any idea what they actually contained. He claims he never checked the contents of the files or even if they contained audio recordings as his third party source suggested. He further admits the claim, that Assange had instructed or asked him to access computers in order to find any such recordings, is false.

Nonetheless, the tactics employed by US officials appear to have been successful as can be gleaned from the ruling of Magistrate Court Judge Vanessa Baraitser on January 4th of this year. Although she ruled against extradition, she did so purely on humanitarian grounds relating to Assange’s health concerns, suicide risk and the conditions he would face in confinement in US prisons. With regards to the actual accusations made in the indictment Baraitser sided with the arguments of the American legal team, including citing the specific samples from Iceland which are now seriously called into question.

Other misleading elements can be found in the indictment, and later reflected in the Magistrate’s judgement, based on Thordarson’s now admitted lies. One is a reference to Icelandic bank documents. The Magistrate court judgement reads: “It is alleged that Mr. Assange and Teenager failed a joint attempt to decrypt a file stolen from a “NATO country 1” bank”. 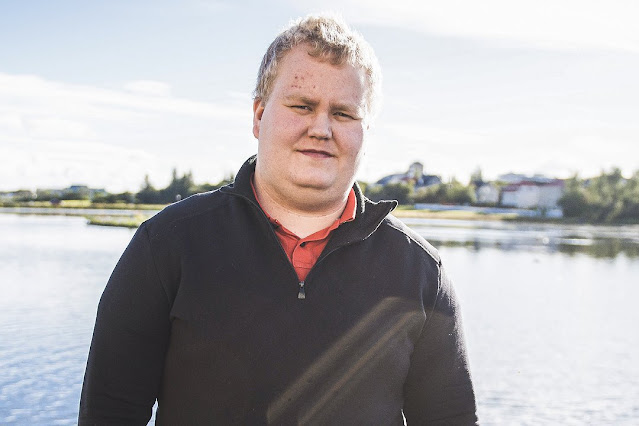 Thordarson admits to Stundin that this actually refers to a well publicised event in which an encrypted file was leaked from an Icelandic bank and assumed to contain information about defaulted loans provided by the Icelandic Landsbanki. The bank went under in the fall of 2008, along with almost all other financial institutions in Iceland, and plunged the country into a severe economic crisis. The file was at this time, in summer of 2010, shared by many online who attempted to decrypt it for the public interest purpose of revealing what precipitated the financial crisis. Nothing supports the claim that this file was even “stolen” per se, as it was assumed to have been distributed by whistle-blowers from inside the failed bank.

More deceptive language emerges in the aforementioned judgment where it states: “...he [Assange] used the unauthorized access given to him by a source, to access a government website of NATO country-1 used to track police vehicles.”

This depiction leaves out an important element, one that Thordarson clarifies in his interview with Stundin. The login information was in fact his own and not obtained through any nefarious means. In fact, he now admits he had been given this access as a matter of routine due to his work as a first responder while volunteering for a search and rescue team. He also says Assange never asked for any such access.

Thordarson spoke with a journalist from Stundin for several hours as he prepared a thorough investigative report into his activities that include never before published chat logs and new documents.

The chat logs were gathered by Thordarson himself and give a comprehensive picture of his communications whilst he was volunteering for Wikileaks in 2010 and 11. It entails his talks with WikiLeaks staff as well as unauthorized communications with members of international hacking groups that he got into contact with via his role as a moderator on an open IRC WikiLeaks forum, which is a form of live online chat. There is no indication WikiLeaks staff had any knowledge of Thordarson’s contacts with aforementioned hacking groups, indeed the logs show his clear deception.

The communications there show a pattern where Thordarson is constantly inflating his position within WikiLeaks, describing himself as chief of staff, head of communications, No 2 in the organization or responsible for recruits. In these communications Thordarson frequently asks the hackers to either access material from Icelandic entities or attack Icelandic websites with so-called DDoS attacks. These are designed to disable sites and make them inaccessible but not cause permanent damage to content.

Stundin cannot find any evidence that Thordarson was ever instructed to make those requests by anyone inside WikiLeaks. Thordarson himself is not even claiming that, although he explains this as something Assange was aware of or that he had interpreted it so that this was expected of him. How this supposed non-verbal communication took place he cannot explain.

Furthermore, he never explained why WikiLeaks would be interested in attacking any interests in Iceland, especially at such a sensitive time while they were in the midst of publishing a huge trove of US diplomatic cables as part of an international media partnership. Assange is not known to have had any grievances with Icelandic authorities and was in fact working with members of parliament in updating Iceland’s freedom of press laws for the 21st century.

On the FBI radar

Thordarson's rogue acts were not limited to communications of that nature as he also admits to Stundin that he set up avenues of communication with journalists and had media pay for lavish trips abroad where he misrepresented himself as an official representative of WikiLeaks.

He also admits that he stole documents from WikiLeaks staff by copying their hard drives. Among those were documents from Renata Avila, a lawyer who worked for the organization and Mr. Assange.

Thordarson continued to step up his illicit activities in the summer of 2011 when he established communication with “Sabu”, the online moniker of Hector Xavier Monsegur, a hacker and a member of the rather infamous LulzSec hacker group.

In that effort all indications are that Thordarson was acting alone without any authorization, let alone urging, from anyone inside WikiLeaks.

Read the rest of the article at stundin.is.