This show by Jimmy Dore proves that #Russiagate is a load of bull and the troll farm is just placing adverts on Facebook, half of them after the election, to get clickbate and earn money. 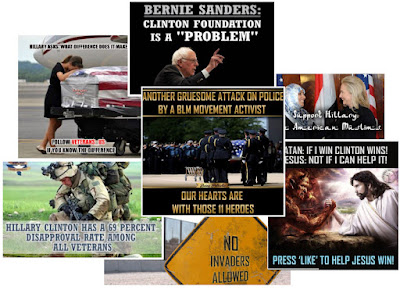 Many of these Russian Trollers had little idea of US politics, a bad grasp of English and even posted an advert for cat lovers.

Well many YouTuber's love a good cat video or two rather than real news, so maybe they knew a bit more about the US population than we think!

I will let Jimmy explain in this video.

Even if I watch one of his videos or another "anti establishment" video on YouTube it never seems to show up in my "Watch History" for some reason.

I see it as more Google de-ranking of any anti-war mongering "It was all Russia" memes that the Democrats believe will help them win the mid terms, as well as an excuse to get their establishment news out rather than what you want to see. More shenanigans.

So the Democrats think just going on about Trump and his supposed ties with Russia rather than detailing actual policies that might help the common people out will help them win? If so they are crazy.

People apart from Rachel Maddow and the companies that advertise on her show want her to carry on about #Russiagate as it gives them ratings. The worst thing is if you repeat a lie over and over again enough people start to believe it.

This is building up to another Red McCarthyism Scare for the people to blame Russia when the US meddles, sometimes with invasions and assassinations to influence elections, just read the book "Confessions of an Economic hitman" to see the real picture and watch some of Abby Martins "Empire Files" to see how the "greatest country on Earth" at work.

Even Republicans and the millions of Democrats who left the party to become independents all believe in the sort of progressive policies that people like Bernie Sanders is proposing. He has proved this by going to red states and getting good poll numbers from Trump supporters who want jobs and not to die because they cannot afford health insurance.

Do you think poor people queuing at food banks, or having to live in a tent city really cares about #NothingBurger when they want free medical care, no police brutality, less Wall St fraud and jobs and homes?

What do you think?

This video is worth watching if you are still getting mad about #Russiagate, thinking Russia was hacking into machines and trying to fix the US election.

Don't worry it was a millionaire who owned a BOT farm, which placed adverts for cat lovers, black lives matter, anti-Trump and anti-Clinton adverts just to gain click-bait from them and therefore money. You can read more about that here.

So if there is going to be an investigation on Trump and Russia, then there should be one on Hillary and her own dossier, her failure to hand over private "hacked" servers to the FBI, and their excuse for losing to Trump on Russia and a push for WWIII .
,WWIII
This is all over a #NothingBurger and #RussiaGate, something even MSM news watchers are getting tired of.

I will let Kyle tell the story for you and watch the CNN host get stunned by calls from his viewers about his constant going on about Russia just so the Democrats don't have to analyse their last election and where they went wrong.

They went wrong by not including progressive ideas and just attacking Trump. The leaked DNC emails showed they were corrupt for giving Hilary front row, smearing Bernie, and keeping all the money for her to spend on the election.

How did that work without Bernies policies and more of free Medicare, free University, less war, more jobs and a crack down on Wall St. The party lost millions of supporters as well as politicians and it will be hard to get them back if all they talk about is Russia.

All this could have been paid for by the trillion dollars of debt that Trump has already added to the national debt with help from the Democrats when they all voted for him to have his $800 billion for the military and his "wall" with Mexico.

A few closures of foreign military bases as well which are well overdue such as in the UK, Germany and other spots not geo-politically placed to surround Russia or China.

So even CNN hosts are shocked when their callers ring in and complaining that they don't care about his spiel on #Russiagate. He does it just to keep his company owners and advertisers happy, and of course blame President Trump on Russia and being Putins puppet, NOT the fact that the Democrats put the most hated politician in the country up against him.

The Democrats need some real policies.

In fact the "dove" party is driving the country towards a war with Russia and all over stupid Russian Facebook adverts and a few meetings that were bugged illegally through FISA court warrants obtained by using leaked info to Yahoo to back them up.

So it's a video worth watching seeing that the "left" (who are now right wing) are pushing for war, and calling for Trump to "defend the country". There were even people on Chis Hayes show who claimed it was just as bad as Pearl Harbour and 9.11, that is apart from no-one died and we got a numpty for President instead of a career politician who wants war with Russia.